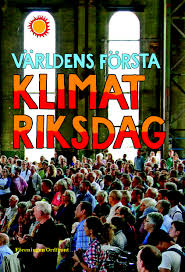 Members of the Swedish Transport Workers’ Union attended the people’s climate parliament in Norrköping, Sweden, held on 6-8 June.  The people’s parliament was organised to put pressure on politicians to include climate change as a focus in the election debates and to show that there is still strong opinion on the issue. The Swedish national elections will be held on 14 September 2014.

At the parliament, Ulf Jarnefjord, Swedish Transport Workers’ Union and a member of the ITF climate change working group, spoke about the importance of climate adaptation which includes a sustainable and equitable social transition for workers.  Jarnefjord called for all trade unions and global federations to fight for climate justice.

At the parliament, a motion on infrastructure called for environmentally-friendly transport that is attractive and affordable for all. Increasing the capacity of rail transport was cited as one of the ways to achieve this. All seven motions were handed over to a large group of MPs from a number of Sweden’s political parties in a formal ceremony. The motions and the people’s climate parliament were then raised by several MPs in the Swedish parliament. 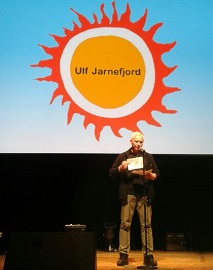