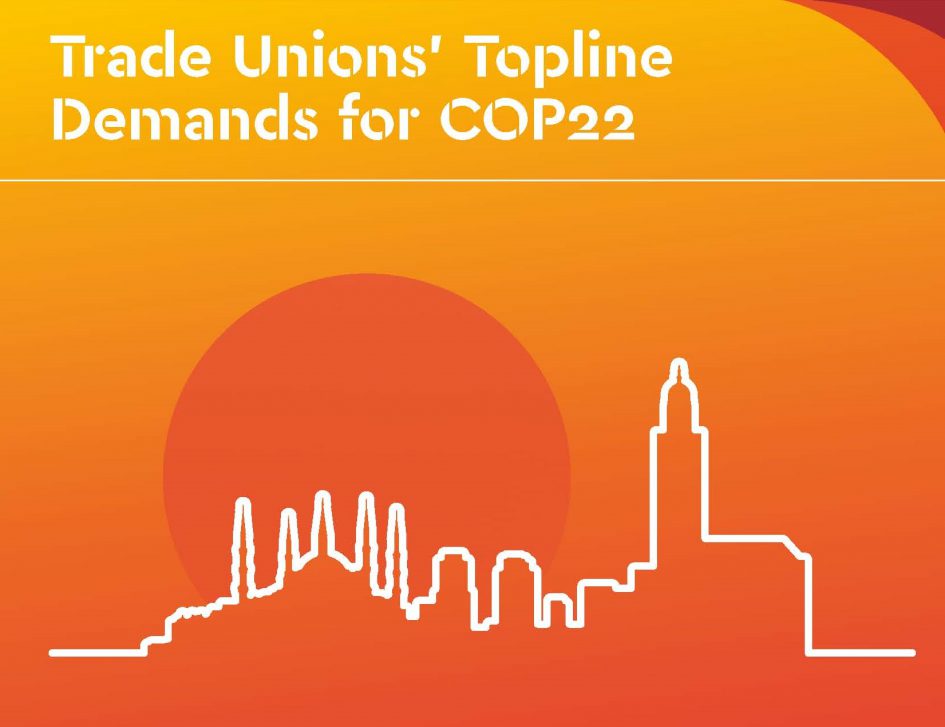 The UN climate talks currently taking place in Marrakesh are discussing how to deliver the promises of the historic 2015 Paris Agreement to stay below a 2°C increase in average temperate.

The ITUC is leading a delegation of 150 trade union members from 50 countries at COP 22 in Marrakesh, including ITF affiliates. Trade union events, coordinated by the ITUC are happening over the weekend, where unions will be discussing with civil society, governments and other delegates how to ensure a just transition to a zero-carbon future for workers and their communities.

On Saturday 12 November, there will be an international trade union strategy meeting on climate change looking at the trade union involvement in the UN climate talks, the role unions can play in keeping global temperature below a 2°C increase, how we can ensure a just transition for workers, trade union strategies on workers’ capital and fossil fuel phase out campaigns.

The ITUC has recently opened the Just Transition Centre which will bring workers, unions, communities, employers and government together in social dialogue to develop plans, agreements, investments and policies for a fast and fair transition to zero carbon and zero poverty.

Follow the debate online via the hashtags #COP22 and #unions4climate