Climate change from bad to worse 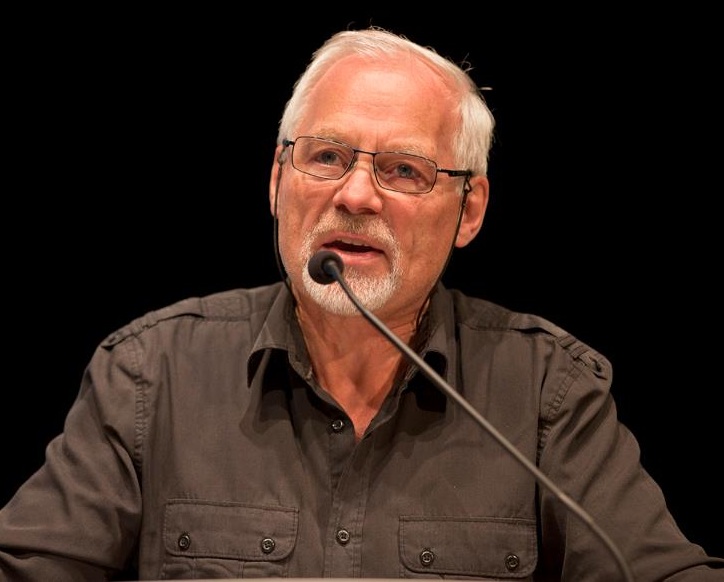 20 participants from 14 countries participated when the ITF Working Group on Climate Change met in Johannesburg from 31 October to 1 November 2013. The meeting assessed the activities which were carried out since last Congress and discussed future activities and priorities. Participants expressed their impatience regarding the lack of action to cut fossil fuel emissions and prevent the climate going wild. Country reports proved that climate change policies and perspectives are increasingly being integrated in trade union activities – to a large degree inspired by ITF policies and activities since last congress. A lot is done, but much more has to be done if we are going to achieve our goals.

Mxolisi Shongwe, South African scientist and contributor to the Intergovernmental Panel on Climate Change (IPCC) 5th assessment report, which had just been published, informed the Working Group on recent developments. The report documents beyond doubt that the on-going global warming is man-made, that emissions from fossil fuel is the main reason, and that the situation has gone from bad to worse since the last report in 2007. A speaker reminded us of the fact that the use of fossil fuel is expanding, not decreasing as it should, while the extraction of more extreme forms of energy (tar oil, gas through hydraulic fracturing, surface coal mining) with even worse effects on the climate is growing and pushing “peak oil” far into the future. At the same time, the production of renewable energy is growing all too slowly. The Working Group therefore concluded that it is a matter of urgency that the trade union movement  take action in order to push for drastic reduction of CO2 emissions to prevent potential catastrophic effects.

The meeting focussed particularly on energy, which is the sector in which most of the climate change problems have their origin, and of which the transport sector is one of the biggest consumers. Sean Sweeney and Lara Skinner of the Global Labor Institute (GLI) at the Cornell University of New Your (the same institute which assisted the ITF in developing its main document on climate change for the Mexico Congress in 2010) informed the Working Group about the Trade Union Energy Democracy initiative, which the GLI is coordinating, and which has already been supported by a number of Global Union Organisations, as well as confederations and trade unions at the national level. Democratic control of the energy sector will be decisive in order to achieve a sufficiently rapid, orderly and just transition to renewably energy, to secure jobs and decent working conditions and to guarantee safe and affordable energy to homes and industries. In this regard David Hansen-Miller of the ITF Supply Chain and Logistics Organising Project (SCALOP) informed the meeting of the planned organising offensive in the oil and gas sector, which participants saw as an excellent opportunity to integrate many elements of the energy democracy initiative.

The meeting underlined the importance of the ITF policy of a whole economy approach to the climate change problems. Participants raised a number of questions on the drive and need for economic growth under the current economic system, as well as the extreme consumerism which is promoted through an enormous advertising industry. It was stressed that climate change is a systemic problem, and that the fight to prevent it therefore should be linked to the as important and ongoing fights against the economic as well as the social and food crises. The climate change struggle can therefore hardly succeed if it is not integrated with the social struggle, something which further underlines the role and the responsibility of the trade union movement.

The question of jobs is central in all climate change policies. A session of the meeting was therefore used to focus on this issue. All serious research which has been made in this area, however, has proved that necessary climate change policies and actions produce more jobs than they destroy. In transport, particularly, there is no danger that transport workers in high emission transport industries will lose their jobs. A necessary change of transport needs and patterns will take many years, and given the turnover in those industries, no individuals will suffer job-losses. A change of the number of jobs in each transport industry, however, will have to be made in the long term. In this regard, public transport actually represents one of the most job-creating sectors as an effect of climate change mitigating policies. Hundreds of thousands of new jobs will have to be created in this industry to meet the need for sufficient reduction in private car use. The ITF and its affiliates should therefore launch a much more ambitious and aggressive campaign to expand and improve public transport in the coming congress period. The threat of climate change has given us a number of strong arguments for that. Participants stressed, however, that the rapidly growing tendency towards outsourcing of jobs and hiring of temporary agency workers represents an enormous threat to trade union rights, wages and working conditions in all industries, including all transport modes. The trade union movement should therefore intensify it fight against this development, which obviously has now become one of the most important strategies from employers to undermine and defeat trade unions.

Further to this the need to build broad social alliances was strongly emphasised, particularly with the environmental movement, but also other important and real social movements which share most of our perspectives and principles, and which understand the social dimension of this struggle. In this connection it was also underlined that climate change policies and perspectives should be integrated with many of our usual activities in the trade union movement, like our fight against privatisation, for better working conditions (clean air) other Health & Safety questions, Collective Bargaining, etc.

Last but not least, all participants emphasised strongly the need for mass education in climate change issues, including trade union leaders, since their support are decisive if we really want to give climate change policies and actions sufficient priority in our unions. Young members are often more open for these kind of questions, as well as more activist oriented, and should also be given particular attention in the educational work. Education, broad social mobilisation and ambitious goals and demands was identified as the way forward.