All equal? A just transition for men and women 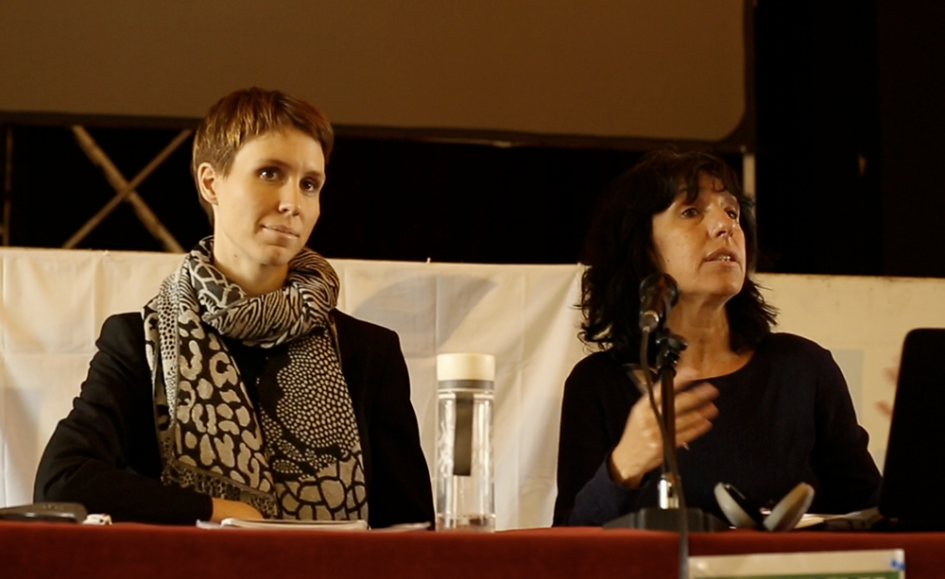 At the citizen’s climate summit – an alternative space set up during the COP21 climate talks, the second ITUC panel discussion looked at gender and a just transition. Panellists from trade unions and women’s organisations discussed the effects of climate change and climate policy on women and how we can use a ‘just transition’ to address the unequal position of women. The panel was chaired by Alana Dave, ITF education officer and coordinator of the ITF’s work on climate justice and Kate Cahoon from GenderCC – Women for Climate Justice. The co-chairs facilitated a participatory session, with participants encouraged to put questions to the panel from the start.

To begin, the impact of climate change on women was highlighted by Tess Vistro from AMIHAN Philippines (a rural women’s organisation) who spoke about women’s vulnerability. Women are more likely to be in informal work, have caring responsibilities, work longer hours and it is women who shoulder most of the burden to feed their families and make ends meet when a disaster hits.

Prompted by a question from the floor about austerity, climate jobs and how we can make these jobs open to women workers, there was a discussion on developing an alternative model, one that challenges the deep injustices in the current system and how we can build a trade union movement that supports both men and women. There were also comments on the need to debate and acknowledge the care work done by women and the power relations that affect women’s role in society. A just transition needs to redefine the nature of work which values and remunerates different‎ kinds of work, including the unpaid care work performed by women.

A number of the panellists and participants mentioned transport as a major priority for women, to give them access and freedom. Delegates called for campaigns for public transport to provide safe work and safe accessibility for women. In relation to climate jobs, investment in public transport has a multiplier effect for jobs, and women need to have access to these jobs. Eleanor Blomstrom from WEDO gave an example of how the expansion of BRT (bus rapid transit) only included a gender aspect late into its development. Click here to watch Eleanor talking about this.

From the session, there was strong agreement that a just transition must include gender perspectives and this can only be achieved by building alliances between women’s organisations and trade unions and working together to drive campaigns for gender justice at national and international levels.